It is our great pleasure to have Kimberly Menozzi with us, promoting her book Ask Me if I'm Happy. 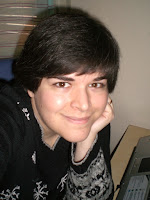 Where do you currently live?
Reggio nell'Emilia, Italy

Tell us a little bit about your life.
I'm an American who has lived in Italy for the last eight years. I've been married to an Italian since 2004, and he's the reason I came here in the first place. (This is the longest I've lived in one place since before I was a teenager.) I've been writing my whole life (almost literally), and I was first published in 2010. I had completed five novels prior to the publication of Ask Me if I'm Happy, but they're not likely to be published. I'm focusing on more recent work instead.

When did you first start writing?
The first time I recall writing a complete story was when I was about eight years old. Prior to that, I had a tendency to scribble on the inside of book covers. My family's collection of hardcover "classic" books had my tell-tale letters all over them.

What was your very first story about?
The first story I wrote (as I recall) was actually an essay about why we needed to save the whales. I wrote it to entertain myself, so to speak, in school and brought it home to show my mother. I remember taking it to my great-grandparents so they could read it, too.

Have you written anything that you were too afraid to let anyone read?
Not yet. I don't think I will. I don't believe in topics being off-limits. As for substandard quality writing, I'm willing to show everything I've written, even though some of my older projects (from high school age up until I was in my thirties) were pretty awful. They've all been learning experiences.

Did you experience anything you’ve written yourself?
In what way? Much of my writing is influenced by my life and experiences, so in that sense, yes, I've definitely experienced things I've written. If you mean in the déjà vu sense, where I've written something and then lived it, that has happened once or twice, for sure.

Who are several of your greatest literary inspirations?
I started writing in a dedicated manner after reading Watership Down the first time, when I was about nine or ten, so Richard Adams definitely inspired me. As I've gone on in my literary life, I find myself inspired by the work of Stephen King – his characterization isfantastic – and by John Irving and Louise Erdrich for their ability to draw me in as a reader and make me experience the world they're describing.

What kind of education have you received, and how has that affected your writing?
I graduated high school and then managed to put some community college experience behind me. More recently I took courses so I could teach English here in Italy. The lack of a four-year college degree hasn't affected my writing. I've always read above my age level, I've always pursued my various interests with passion and dedication and I love learning – always have, always will. That's what informs my writing.

How much research time customarily goes into your projects?
It's ongoing, so however long a project takes, that's how long I'm researching. I usually do a bit of preliminary research for something before I begin, but as plot points and issues develop, I'll dig into deeper research during the writing process.

Who is your most favorite literary character?
I really can't choose just one. I'm fascinated by T. S. Garp, and Roland Deschain in equal measures, but for completely different reasons. And Bigwig the rabbit, of course.

Who is your favorite character of your own creation?
That's a toughie. I'm partial to Davide Magnani (Ask Me if I'm Happy), but I still love Burke Wilson (A Marginal Life – Well Lived[unpublished]). Davide is a man outside his own time, an intellectual, and a romantic who doesn't quite fit in with the world around him. Burke is similar to Davide, but his yearning for unconditional love drives him to make foolish choices throughout his life. I adore them both.

If you were ever to write an autobiography, what would its title be?
Memoirs of the Strange Girl at the Back of the Class

Tell us about your featured book.
Ask Me if I'm Happy is a contemporary Women's Fiction novel set in Bologna, Italy. It's a love story, and it's a very Italian story, too, at heart. The novel follows the relationship between two people in their mid-to-late thirties, both of whom have been burned by their previous partners and who are uncertain of how to trust one another. The way they approach certain matters in this new relationship is conditioned by those prior experiences, and the novel shows how our desires to spare our loved ones any hurt sometimes has the opposite effect.

Why did you write that?
Ask Me if I'm Happy was begun in 2007, after I watched a travel program in the US about the city of Bologna. I was home for the summer and found myself feeling surprisingly homesick after hearing the locals on the show speaking English. I'd only been to Bologna a few times by then – mostly to go to the international bookstore – but I loved the place. That night, after watching the show, I dreamed a 'what-if?' story: what if I had to leave Italy for good, and for completely unexpected reasons?

The next morning, the story (then a short story) was already taking shape. I started writing, and soon had a twelve-page story. It kept growing after that, from short story to novella to full-blown novel. It took two years (and loads of workshops) before it was the novel it is today.

Is there anything special you would like your potential readers to know?
Yes. I put a lot of effort to make sure Ask Me if I'm Happy was as realistic as possible. There are some fanciful elements to it, but the emotional heart is true-to-life. The characters are realistic, too, and their insecurities and strengths will remind you of people you know – possibly even yourself. It will appeal to a wide audience, but especially to people who love Italian culture on a warts-and-all level. This story is about people living in the Italy I know and love, and where I live every day. It's not the perfect Italy of so many cinematic dreams, but I think it's enchanting, nonetheless. Also, there is extensive use of the Italian language in it for an additional level of authenticity.

What’s a negative trait about other people that you most notice, or that bothers you the most?
People who insist that everything in their life is horrible and there's nothing to be done about it. That can drive me absolutely insane.

Do you ever notice it in yourself?
That's the reason it drives me crazy, actually. I was solidly pessimistic when I was younger. It took me years to understand that if I can at least try to be more positive, more positive things will happen – and fairly quickly.

If you were forced to give something you adore up for the rest of your life, what would it be?
If I'd have to be forced to give it up, it would be something related to writing, I think. Or reading. But that's a nightmarish thought, isn't it?

Do you own any kind of art collection?
Do photographs and/or posters count? I collect those. Right now I'm collecting photographs of cyclists. I also collect children's books for the artwork or the presentation of the book itself. I'd love to collect prints of art from children's books, actually.

What is the hardest thing about growing up?
Not being able to sit on the floor. Seriously. I wish I could do that, so I could play with my niece (she's almost four years old) more easily. But when I try, once I'm on the floor, that's it: I'm staying there. (laughs)

Was it worth it?
I had to grow up in order to become who I am today, and to find the man I love who was able to love me in return. So yes, it was.

What is the biggest lie you’ve ever heard?
Just about every answer I could give here would just get me into trouble. (laughs)

What is something you absolutely must have in your kitchen?
A breadmaking machine. I can't do it by hand, so I loooove my bread maker.

What is pain to you?
Those calls that come in the middle of the night, with the news you don't expect. Even when it is expected, it still hurts. Physical pain passes, but for me, memories don't fade so easily.

What is your dream house?
Not too large, but with two bedrooms and a good kitchen. A separate room for my writing office would be ideal. My flat here in Italy is perfect, but I'd love for it to be a house instead.

Where would you want this house located in our wide world?
Somewhere in the mountains – either the Apennines or the Smokies – where I can get to town if I need to, but far enough away that I wouldn't have to hear traffic if I'm outside. Surrounded by nature.

You’ve been forced under various circumstances to choose a personal motto. What is it?
I'd steal the line from The Master and Margarita: "Manuscripts don't burn."

You’re pitching a television pilot to a network. Describe it.
An hour-long weekly drama (for HBO or similar) set in the world of professional road cycling. A behind-the-scenes look at the racing world: Sex, Lies and Physio's Tape!

Yeah, no-one would watch that except me.

Have you ever received a present you really hated? If so, what was it?
I have indeed! (laughs) I was once given Risk (the board game) by my first husband for Christmas. I hate board games with a white-hot passion. Except for Trivial Pursuit, anyway.

What’s the weirdest thing you’ve ever eaten? Would you have it again?
I'm too picky to eat anything "weird", I'm afraid. Does Tofurkey count? No, anyway.

What’s the first thing you would do if you could become invisible?
MUHAHAHAHAHAHAHAAAA!!!

I mean, uh… I'm sorry. This would involve the Paris-Roubaix showers, post-race. That's all I can say. It would all be in the name of research, of course. Absolutely.

Do you ever have recurring dreams? What is your most common one about?
It's been a while since I've had recurring dreams, but I do have déjà vu dreams. I've dreamed entire scenarios and then witnessed them later in my life, usually based around new situations. It's eerie.

What is the kindest thing that anyone has ever done for you?
Read my stories. When my mentor in high school read my stories, he encouraged me to follow my dream of writing. When my husband read my stories, we fell in love. When my first publisher read my stories, they wanted to publish me. It always comes back to that for me. If you've read my story, you've given me a chance, and that chance might lead to a connection, or it might not. When it does, it's the best thing in the world.

Kimberly's work is available in both paperback and ebook formats. So you have no excuse for not giving it a look right away. 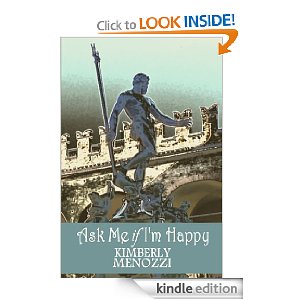 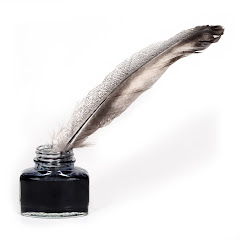 Peter Joseph Lewis
A writer of limited skill and imagination whose meager words are, at this very moment, siphoning precious seconds of your life away.